Foster spoke to SYFY WIRE about what discussions were like about how to bring the show back.
Syfy Link to Story

‘The Mandalorian’ DP on Why Empathy Is Crucial on Set

Greig Fraser on what he does and how empathy plays an important role in his work.
Backstage.com Link to Story

And how Caro encouraged her to "woman up."
Backstage.com Link to Story

How a podcast became an official canon D&D book

A closer look at Acquisitions Incorporated!
Syfy Link to Story

How ‘Star Trek: Picard’ Aspires to Go Where No One Has Gone Before

Inside Critical Role's new art book, The Chronicles of Exandria

Take a peek inside the book with the Mighty Nein's Liam O'Brien.
Syfy Link to Story

Production designers are the masterminds behind the spaces inhabited by a film.
Backstage.com Link to Story

How this team works behind the scenes to ready your favorite personalities for the stage.
GeekFold Link to Story

The Recipe Behind Becoming a Food Stylist

Whether or not you notice what’s being consumed, food plays a key role in film and TV.
Backstage.com Link to Story

An oral history of the show that changed Star Trek

In January 1993, Deep Space Nine premiered and changed what people thought about the franchise.
Syfy Link to Story

Lisa Granshaw is a writer, editor, host, and moderator. She began her media career in the renowned NBC Page Program and afterward worked at Nightly News and TODAY.com. She then became a full-time freelance writer with her work appearing on websites like Syfy Wire, The Daily Dot, Parents.com, Geek & Sundry, Playboy, Bustle, Comic Book Resources, Den of Geek, and BoingBoing. Her work has also been published in magazines including the official Star Trek magazine, the official Star Wars magazine Star Wars Insider, and Tufts Magazine.

During her time as a freelancer, Granshaw expanded her work beyond the written word to hosting, moderating, and speaking on panels around the country at conventions like San Diego Comic-Con and New York Comic Con, which she continues to do today. She also launched and runs her own newsletter media company focused on covering geek fashion, GeekFold.

Currently, she is the associate editor at Backstage.

Additional clips and recommendations are available upon request. 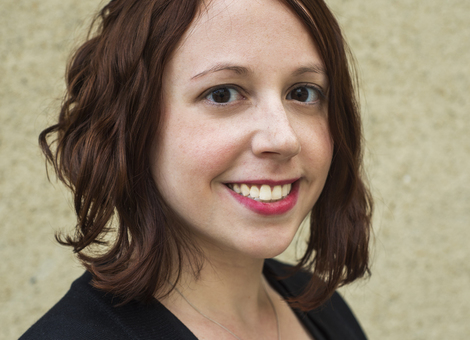